Technology leaders at broadcast TV and radio companies have infinite demands on their time and attention right now.

Yet many CTOs and CIOs are choosing to focus on one big lever for recovery: revamping the ad sales process.

...tech leaders know that growth – and future of the organization – depends on its ability to capture a larger share of advertiser spend.

The ad sales process has been a big liability for a long time. Many tech leaders know about the excessive cost and inefficiency. However, they could afford to ignore it for a time.

But now that the pandemic has upturned everything, CTOs are feeling enormous pressure to make ‘do more with less’ a reality and to tame the wild west of tools and processes used across the organization.

And that’s not all: tech leaders know that growth – and future of the organization – depends on its ability to capture a larger share of advertiser spend. And that means getting a lot better at selling their entire ad portfolio.

The ad sales process checks the box on all these urgent priorities, so it’s now directly in their crosshairs.

Ad sales has less of a tech “stack” and more of a tech…cluster:

...sales teams are either swivel chairing like crazy and hemorrhaging time and deals, or they avoid using the tools in front of them.

Imagine if you were trying to close a deal but had to manually key and re-key records into FIVE different, disconnected applications:

... all while trying to make a 2-hour deadline.

Your ad sales teams are either swivel chairing like crazy and hemorrhaging time and deals, or they avoid using the tools in front of them and DIY it…causing even more chaos.

2. Requires too much overhead

Right now, the sales team should be selling but they’re bogged down in keystrokes like it’s 1990.

You’ve got sales managers nose-deep in spreadsheets, calculating prices to update the rate card, and manually reviewing every proposal that comes across their desk, line-by-excruciating-line.

And AEs pulling scores of historical advertiser data out of Traffic and crunching the numbers in Excel every time there’s a new avail.

This is why technology exists – to free people up from arduous or manual tasks. The sales team is washing their dishes by hand when they could be using a dishwasher.

Many sales teams used to have overhead allocated for this administrivia – costing a ton in extra headcount – but the pandemic forced many to reduce staff. Now sales teams that don’t have overhead take it on themselves and pay the price in fewer sales calls.

How are you going to cut sales staff by 25% but still grow the business?

It’s only possible with better tools and processes.

It’s 2020, so why is it still so hard to buy linear ads, not to mention digital and linear at the same time?

Advertisers are trying to reach a total audience, but you have different systems for digital media and linear media, making it nearly impossible to sell your entire portfolio in a single transaction.

...your digital inventory – which should be sold at a premium – is currently significantly undervalued and underutilized.

It’s a completely unacceptable customer experience for your clients: It’s like if you could buy your hamburger through the drive thru window but you have to go into the restaurant to buy the fries and drink.

And good luck trying to measure or report on the performance of an advertiser’s spend across all their ad buys with you.

The result of this friction in the buying and reporting process is that advertisers buy less digital from you.

And your digital inventory – which should be sold at a premium – is currently significantly undervalued and underutilized and you’re leaving real revenue on the table.

Making the 2021 budget is going to be tough. The smart move is to make it easier for clients to buy what you’re selling.

4: It’s costing you millions every year

Data-driven decision-making is table stakes in business in 2020…or so you would think.

So why is your sales team relying on their intuition instead of data when making important decisions about how to price the company’s finite inventory?

It’s because pulling and analyzing the data is an hours-long manual process.

While the gut-based pricing the sales team comes up with can be reasonably close to what the perfect, data-based pricing would be, the problem is that on big deals, those small differences mean a lot.

And when you have a lot of deals over the course of the year, those little deltas add up: it’s the death by a million paper cuts.

And let’s be honest, not all sales managers are created equal. Some are great at pricing and managing inventory, and others, well, not so much…

In a down economy, you can’t afford to be leaving millions of dollars of revenue on the table simply because you’re not using data.

How to fix it 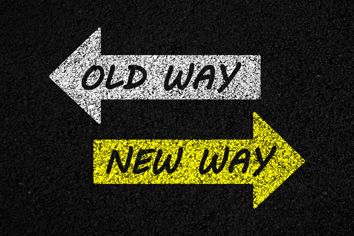 COVID has brought a lot of processes and technology under the scrutiny of tech leaders.

But the ad sales process has a huge target on its back because of its plain backward-ness.

Solving for it is a huge win for tech leaders. They standardize ops, cut costs, run with fewer staff, make that staff more productive, and boost revenue.

And not solving for it can have huge implications, up to, and including, a painful decline and collapse of the business.

And it’s why we’re talking with so many CTOs and CIOs right now.

We can help. We’ve been partnering with broadcast TV and radio companies, and other ad tech providers in the space, for more than a decade in order to help evolve the industry. And we created something to help – RateOptics™ – next generation ad pricing software for modern media companies.

If you want to learn more about how to revamp the broken ad sales process, grab a few minutes on our calendar and we’ll show you how.

Steph Garfrerick is SVP, Media Vertical at Revenue Analytics. In this role she oversees all functions of the vertical and leads the go-to-market strategy and long-term vision for RateOptics, the next-gen pricing system that powers some of the largest media companies in North America.


Steph Garfrerick is SVP, Media Vertical at Revenue Analytics. In this role she oversees all functions of the vertical and leads the go-to-market strategy and long-term vision for RateOptics, the next-gen pricing system that powers some of the largest media companies in North America.

Get the latest media resources

Case Study
Sales Managers Get Their Valuable Time Back at Top Radio Broadcaster
This client was losing the war for market share. One reason: sales spent too much time pricing, not selling. See how they fixed it, boosting revenue 1.7%.

Blog
Political Ad Spend: Riding the Wave in 2020 and the Years to Come
2020 political ad spend will shatter all records. The question for broadcasters is how to maximize revenue from sharply reduced non-political inventory.

Blog
The Problem with Political Ad Spend (That No One is Talking About)
Everyone knows the political ad spend comes with a heap of hassle. But there’s 1 often-overlooked problem that can make or break your year. Learn more.

Blog
4 Hot Topics in Programmatic and Why They Matter to Broadcasters
Why should broadcasters care about programmatic? Because automated ad buys, coupled with data-driven audience targeting, takes dollars back from digital.

Ready to make the move from obsolete to optimal?

Request a demo to see how our software can help bridge the gap between your businesses needs and extraordinary results.