Daily revelations about the Coronavirus are starting to have a significant impact on business. Supply chains are disrupted, the stock market (as of this writing) is tanking, and by some accounts, airline bookings are down by the “midteens,” which could equate to $100 billion in lost revenue.

No one knows if the Coronavirus outbreak is about to plateau or whether we are just seeing the tip of the iceberg. Coronavirus infections are currently only a small fraction of the influenza virus. The SARS (Severe Acute Respiratory Syndrome) and Ebola outbreaks were frightening, but they didn’t have economic consequences that lasted much more than one quarter. The prospect for disaster is daunting.

I’m concerned first and foremost about the toll Coronavirus is taking and could take on people around the world. The prospect of widespread illness and fatalities is sobering. As a businessperson, however, this crisis is giving me flashbacks to the financial meltdown of 2008. The most severe recession since the Great Depression painfully unfolded over the course of almost a year. Then Lehman Brothers folded, the market collapsed, and panic ensued.

At Revenue Analytics, we provided consulting services to some of the world’s largest firms. They were all at a loss about when or if recovery would happen, and in the meantime, what they should do as uncertainty paralyzed the business world.

At the time, one of our clients was FlightSafety International, the world’s largest aviation training company. I had trained as a pilot in the Air Force and I knew that military and commercial pilots use flight simulators to experience disaster in a virtual realm so that they are better equipped to deal with it in the physical world. FlightSafety had state-of-the-art flight simulators which were constructed from manufacturers’ actual aircraft flight decks. These simulators have full range-of-motion capabilities and realistic audio and visual displays to provide an amazingly accurate flight environment. With the flick of a switch, instructors can put the aircraft in a precarious or dangerous situation, such as disastrous weather, oncoming aircraft, or visual blackouts. FlightSafety had anything and everything to train pilots in how to recover from unprecedented emergencies.

They had the equipment. I had an idea.

We at Revenue Analytics were hosting an Executive Roundtable. I wondered, what if we brought a dozen executives from a wide range of industries, put them in a flight simulator in the morning, and then, in the afternoon, extracted the wisdom they had learned from “flying in turbulence”? We’d then apply those lessons learned to their corporate environments.

The executive team at FlightSafety was intrigued enough to give it a go. FlightSafety gave us access to the latest equipment and top-notch flight instructors. When the day of our Executive Roundtable arrived, our executive guests spent a few minutes having coffee and getting to know one another. Then it was off to a quick ground school, where they learned some basic principles of flying, and then into the simulators.

The instructors taught these executives—none of whom were pilots—how to take off and land sophisticated commercial aircraft. Prepping the instructors for the mission I had in mind was a bit of a task—I told the instructors, “Once your students get comfortable taking off and landing, throw some crazy stuff at them such as wind-shear on short final, hurricane force turbulence, anything that completely disturbs their decision-making process. It’s OK if they crash.” Until I explained the purpose of the mission—learning from flying in turbulence—the instructors were uncomfortable with the idea of putting our newbie pilots in situations where, by design, they would likely fail, and fail spectacularly.

Within an hour, all our participants were taking off and landing at airports all over the (virtual) country. Then, just as our new crew of pilots was getting comfortable, the instructors started dialing in all kinds of trouble. Electrical storms, typhoons, objects appearing on the runway, engine failure, you name it. All the threats were recoverable by skilled pilots. But our eager, bright, and well-intentioned crew? They all crashed.

These simulators will mess with your mind. They are actual aircraft flight decks mounted on stilts with full range of motion and displays so true you soon forget that you are in a sim. The sounds are tuned to the actual engines on the plane. You accelerate down the runway seeing the terminal building and taxiing aircraft as they pass by. You feel g-forces. You feel the plane lift off the ground and hear the subtle thunk as you retract the landing gear—just like the real thing.

When the instructors dialed in the alternative scenarios, our novice pilots were slow to react. They were used to calm. One exec faced severe downdrafts as he was about to land. As the ground approached too rapidly, he kept pulling back on the stick to keep the nose of the airplane pointed skyward. The plane stalled, nosed over and turned into a “lawn dart” screaming toward the earth. The simulator pitched forward and hit hard on the front stilt. The virtual crash was so severe it temporarily broke the simulator until technicians could completely reboot it.

That afternoon, we analyzed the flight data. The results were fascinating. The “cause” of all the crashes was “pilot error”—no surprise. The surprise was that ultimate trigger for each crash was identical—overreaction. During the debrief, the instructors explained that all the executives “got behind the aircraft.” They let the aircraft take its own course too long before responding. When they finally responded, they were tentative at first. As the situation worsened, they panicked. They all overcorrected, which doomed each flight.

We had an extensive roundtable discussion about the experience. I asked the group “What can we take away?” Three principles emerged:

It’s a mental discipline that requires pilots to stay a step or two ahead of where they are in flight. Situational awareness is key. Anticipating future events is essential. It comes down to framing and reframing potential responses so that surprises are minimized.

In almost all the cases, the pitches and rolls of the aircraft affected spatial orientation. The combination of rapidly changing visual, auditory, and vestibular stimuli overwhelmed sensory perception. Our “pilots” were confused, but the instrument panel showed a true picture of what was happening in real time.

The ultimate cause of each crash was overreaction. Our executives panicked and the overreaction was as much an emotional reaction as a physical one. Cool-headedness is essential to avoiding overreaction, but that is difficult in an uncertain, rapidly changing environment. In our case, overreaction could have been minimized by change of perception—focusing on the instruments, not the stimuli. Focus on the facts, not the fear.

Its axiomatic that businesses should act, not react, but virtually all companies drive by looking in the rear-view mirror. They respond to the last quarter’s financials or the last week’s sales figures. Pilots continually scan the horizon for targets and threats. While it’s important to know where you are and where you’ve been, more important is where you are headed. Awareness of the situation ahead gives time for planning and anticipatory response. “Staying ahead of the aircraft” in corporate terms means making continual course corrections. If you wait until you MUST react, your options are invariably narrowed and limited.

Things aren’t always what they seem. This is especially true when those around you are acting irrationally. For organizations, “trusting your instruments” requires being data-driven. An experienced executive can get by relying on instinct and gut feel during ordinary times, but in times of unprecedented uncertainty, rigorous data analysis will invariably lead to the best outcomes. Too often, major decisions are based on snippets of information or anecdotes. Was what you just heard an isolated incidence? Is it widespread or localized? Just as dangerous as too little data is The Flaw of Averages. Customers make decisions at the micro-market level. Accordingly, overly aggregated data will obscure opportunities and cloud corporate decision-making. Companies with sophisticated Revenue Management systems will have an advantage in having detailed data available for analysis and robust forecasts of the future. Even if their forecasts may lag rapidly changing events, those instruments can provide guidance for what comes next and can augment human interpretation of events.

Decisions which are driven by emotion or made in panic are rarely successful. If you’ve course corrected properly, you aren’t likely to overreact. Smaller, anticipatory decisions made speedily are better than large ones made late. In the darkest times of 2008, many companies panicked and offered deep discounts in order to buy market share. Carpet-bombing discounts didn’t work. Savvy companies used laser-guided discounts targeted to just those markets and customers which would respond. Those with Revenue Management systems had a distinct advantage in knowing when and how deeply to discount in order to continually sell the right product to the right customer at the right time for the right price. 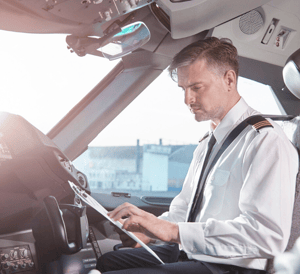 If the current Coronavirus outbreak goes the way of SARS and Ebola, then it should be back to business-as-usual in 60 days or so, even though we’ll still be dealing with recovery. On the other hand, if Coronavirus turns out to be the pandemic nightmare that many fear, economic consequences will be severe. Either way, just as application of vigilant piloting skills acquired in the flight simulator helped attendees at our Executive Roundtable navigate the last recession, the lessons learned, which I’ve outlined above, will help will help executives today navigate turbulent times and assure a safe landing and successful mission.

Request a personalized demo and learn how the Revenue Analytics N2Pricing™ RMS empowers hoteliers to consistently outperform revenue targets and save time in the process.

Robert G. Cross is the Chairman of Revenue Analytics. He is widely recognized as the foremost expert in the field of Revenue Management.


Robert G. Cross is the Chairman of Revenue Analytics. He is widely recognized as the foremost expert in the field of Revenue Management.

Article
Recreating Revenue Management
Hospitality firms must cut staff to survive. But lean teams can still boost RevPAR. Read this article to find out how.

Cartoon
The RMS Dating Game
The Revenue Management System Dating Game—can you guess who the suitors are?

Case Study
Hotelier Gets the Pricing Power it Needs to Beat the Competition
This customer wasn't seeing revenue uplift because they couldn't get staff to use their RMS. See how they increased RevPAR 3.5%.

Blog
How Hotel Revenue Managers Can Win Back Customers by “Thinking Different”
For hoteliers, recovery from COVID won’t be “getting back to normal”—it’ll be a battle for survival. Learn how Revenue Managers can embrace it and thrive.

Have you tried N2Pricing yet?

Don’t settle for the status quo. See N2Pricing for yourself. Get a full product tour so you feel confident in your choice of RMS come contract time.